A surprising amount of volcanoes

Russia has a surprising amount of volcanoes, and one of the most spectacular eruption images comes from a volcano called Sarychev on the the northwestern end of the island of Matua, in the Kuril Island chain. 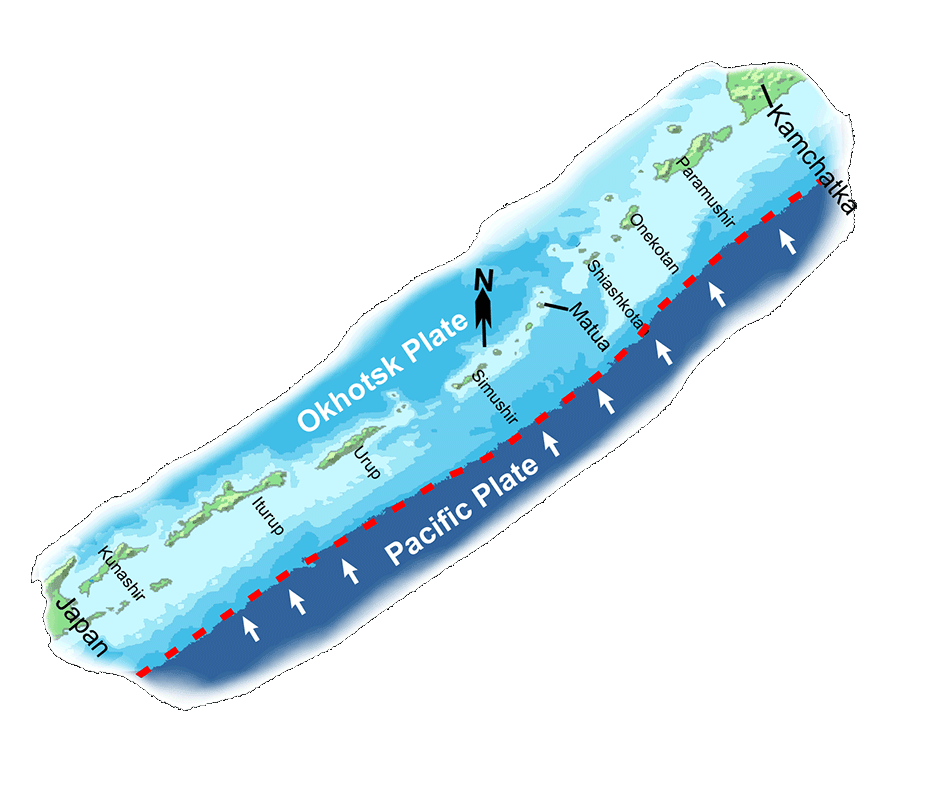 The Kuril Islands range from the tip of Kamchatka to the tip of Japan, where the Pacific Plate is being subducted beneath The Okhotsk Plate.

Islands like those of the Kuril Islands and the Aleutian Island form long arcs of volcanic islands. These arise from subduction zones where ocean crust is being dragged under predominantly ocean crust. They form what are known as island arc volcanoes.

The subduction of the Pacific plate causes long lines of volcanoes in an arc shape like the Kuril and Aleutian Islands. Image Credit: Dougal Jerram, GoogleEarth. 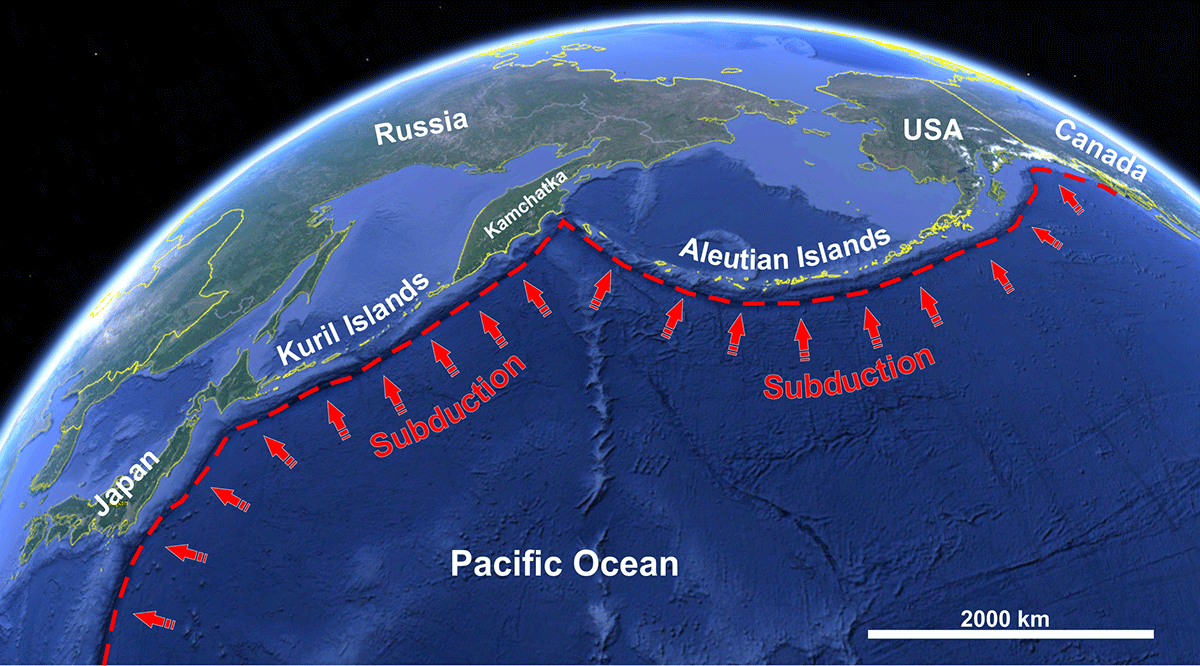 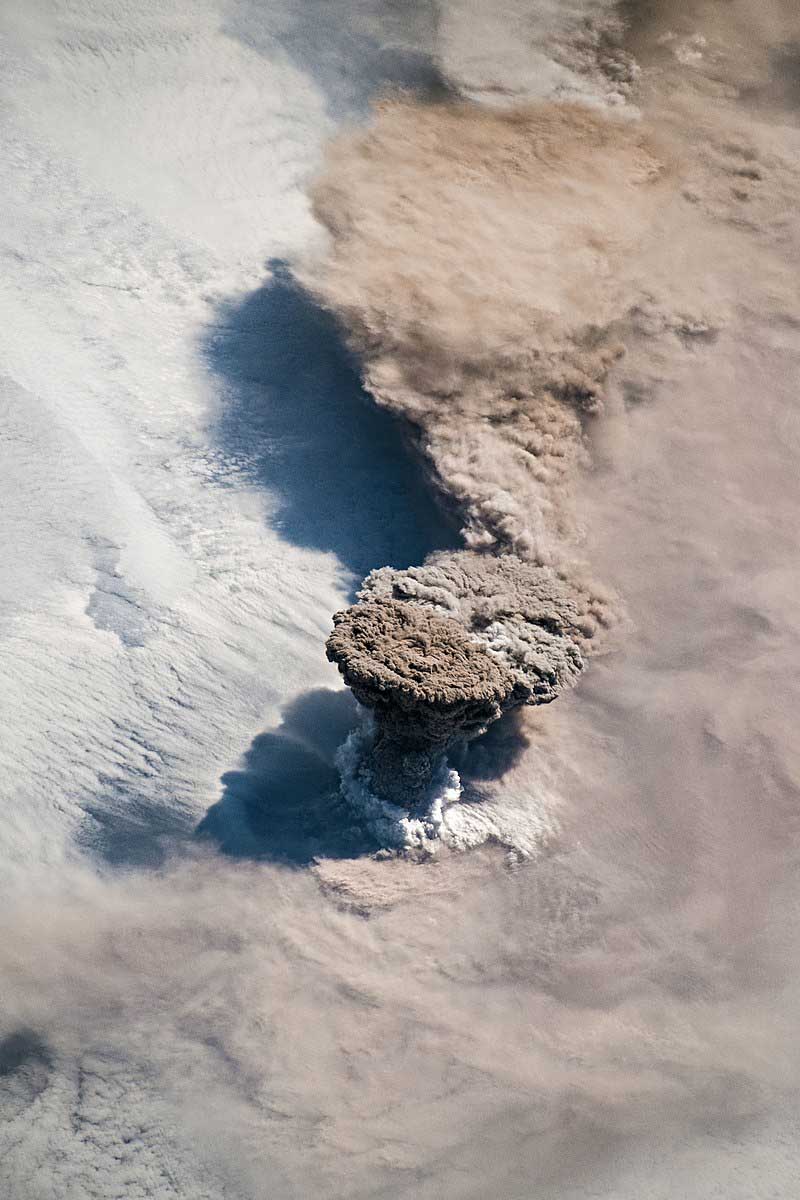 Another of the Kuril islands was snapped erupting by the space station and some of NASA’s satellites on June 22, 2019. This volcano, called Raikoke, had last erupted in 1924 and in 1778. It just goes to show that these remote island arcs are busy volcanic zones. 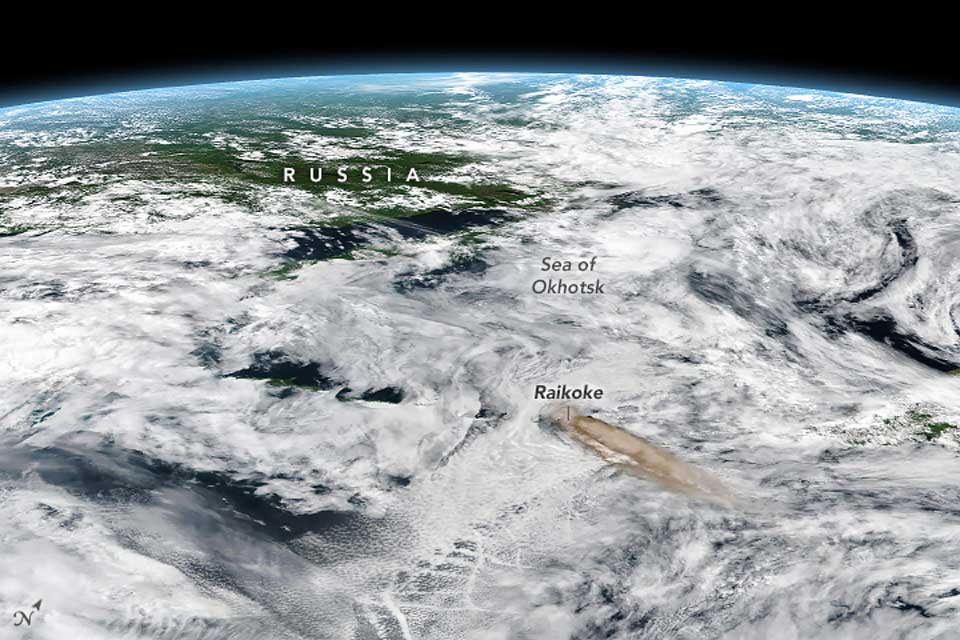 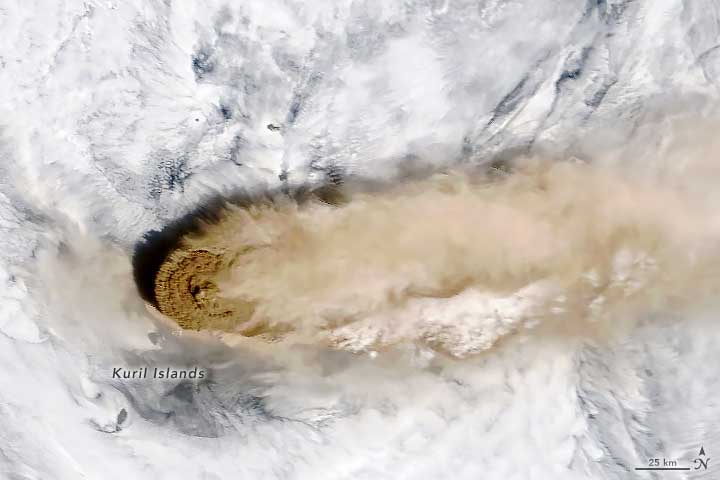 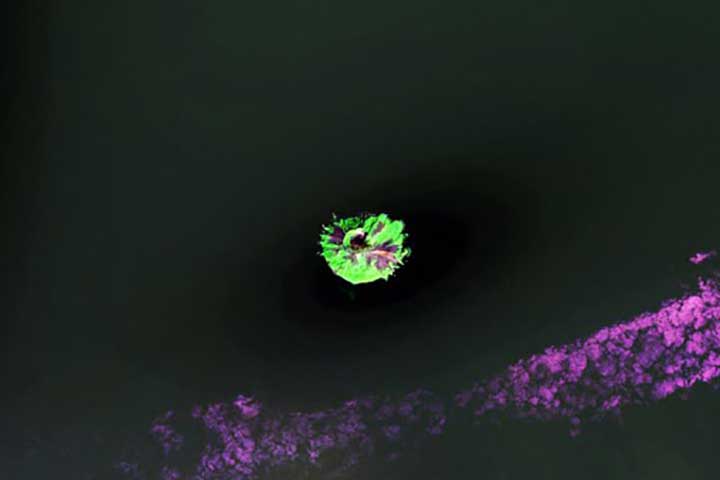 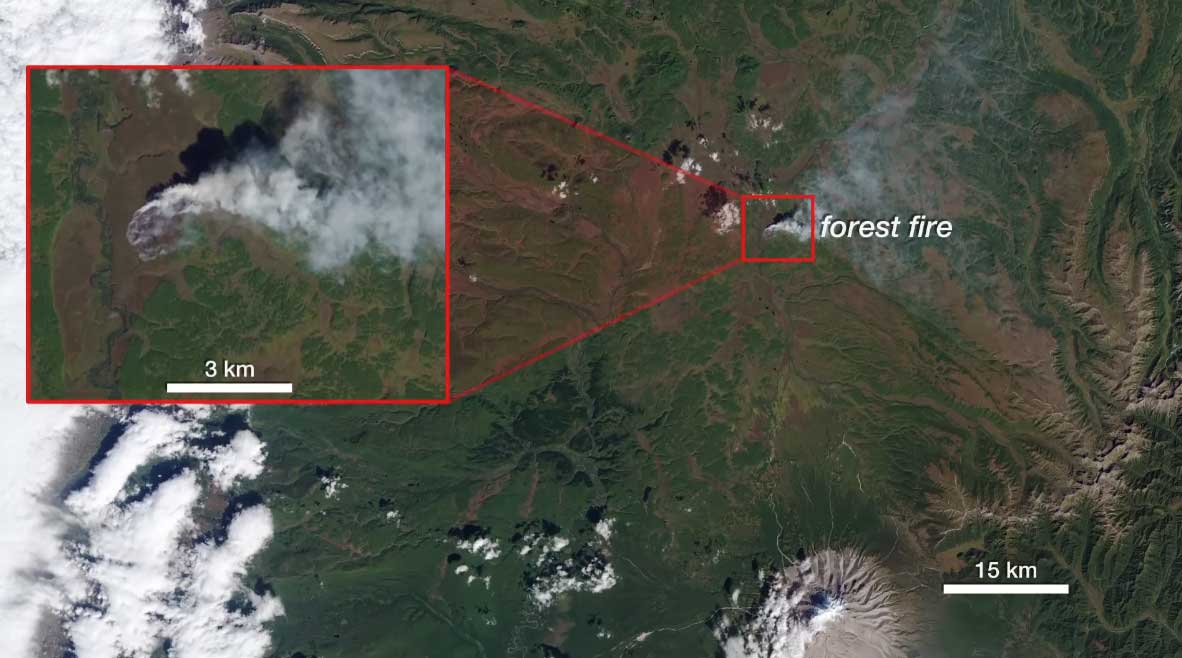 Where the Kuril Islands join Russia is the Kamchatka Peninsula. This has many volcanoes and forms a fascinating landscape as you can see from this NASA video clip. 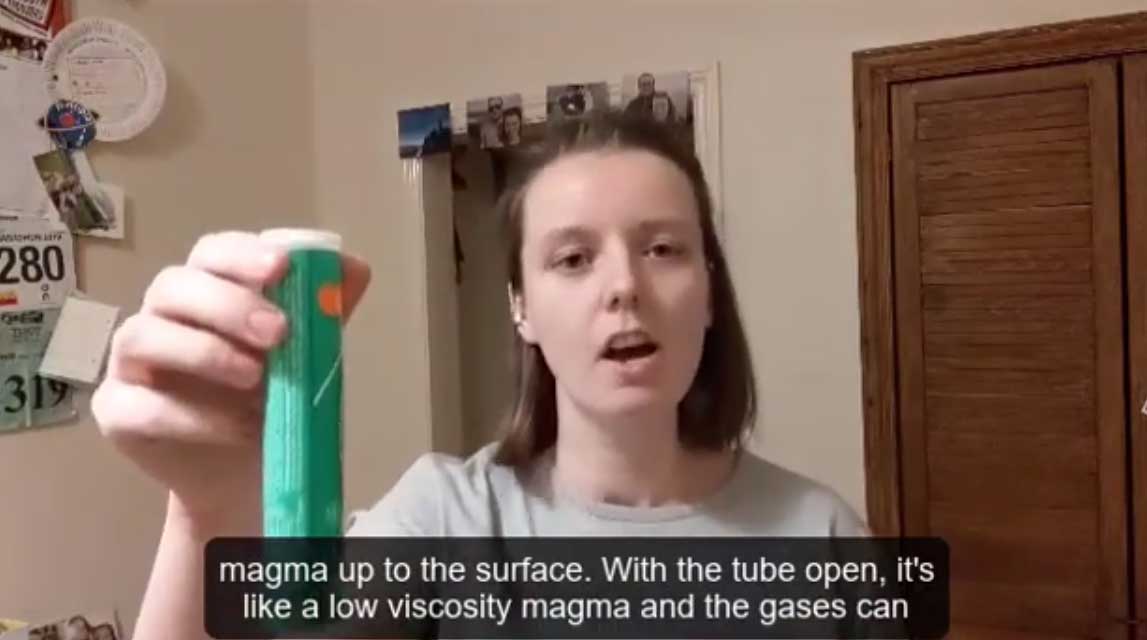 Now you are going to investigate gas and pressure to produce an explosive volcano model. You can watch volcanologist Bridie Verity Davies explain what’s going on in your experiment and how it relates to volcanoes.

You should do this experiment outside if possible so you can see just how high the top goes.

Empty your vitamin tablets from the container and fill the container half full with water.
Add one tablet and quickly put the cap on so that the gases cannot escape.

Now set the container down, step back and wait for the the pressure to build up until it blows its top off.

You can try to see how high the top of the container went in the air. It’s quite powerful for just a small fizzy tablet… that’s the power of gas and pressure… imagine that in a big volcano.

If you want to, you can use this container and its popping top to build a small volcano model around the tube. If you practice you can also place some small cereal bits (like rice pops) onto the top once you put the lid on during and experiment. These will act as mini volcano bombs when the volcano erupts. Try to work out how far your eruption products (lid and cereal bits) have travelled. But remember, you will need to be quick to place your cereal on top of the lid before it blows… and do this outside so you don’t get cereal all over the house!