The Bottom of the Earth

The cold continent of Antarctica is surprisingly home to active volcanoes and one of the driest deserts on the planet. Here Tanno and Iguda’s volcano expedition touches the very bottom of the Earth to see Mt Erebus. 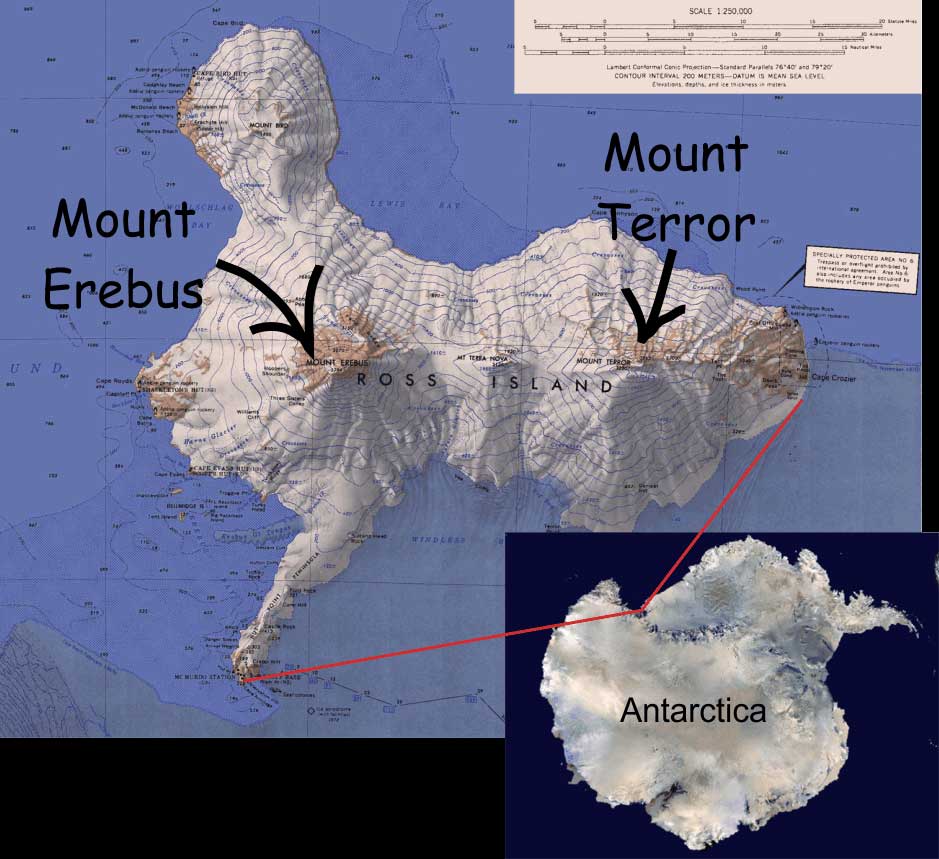 Erebus is a surprising volcano, towering above the old Scott and Shackleton bases (from their expeditions at the start of the 20th century) and the current bases of the US (McMurdo) and New Zealand (Scott base).

It has an active lava lake on top which you can see when you peer over the crater. 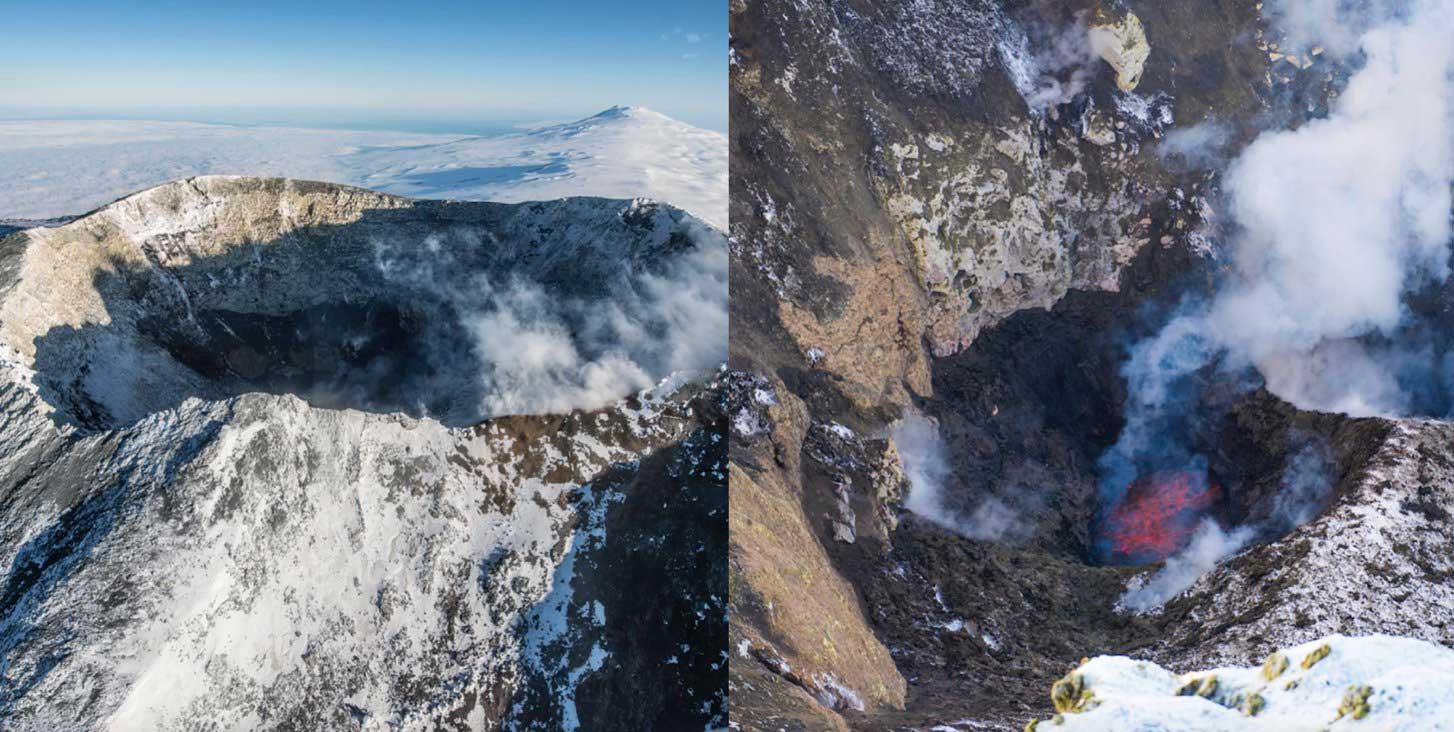 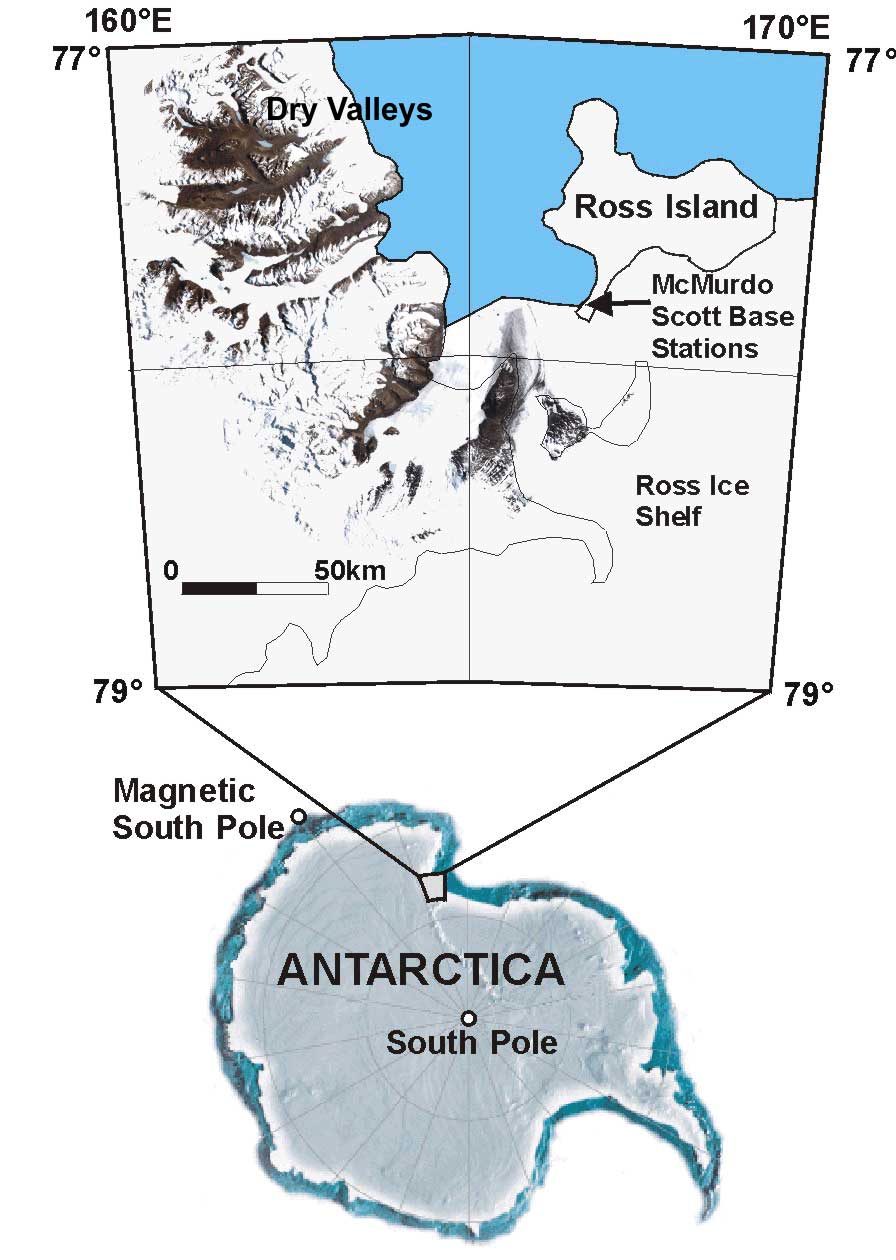 You can also explore Antarctica virtually. Thanks to the fantastic satellite imagery we have of the Antarctica continent, we can explore this very remote area of the planet on a computer. This can help scientists to locate places they have been – like Dr Volcano’s map showing the location of the Dry Valleys. 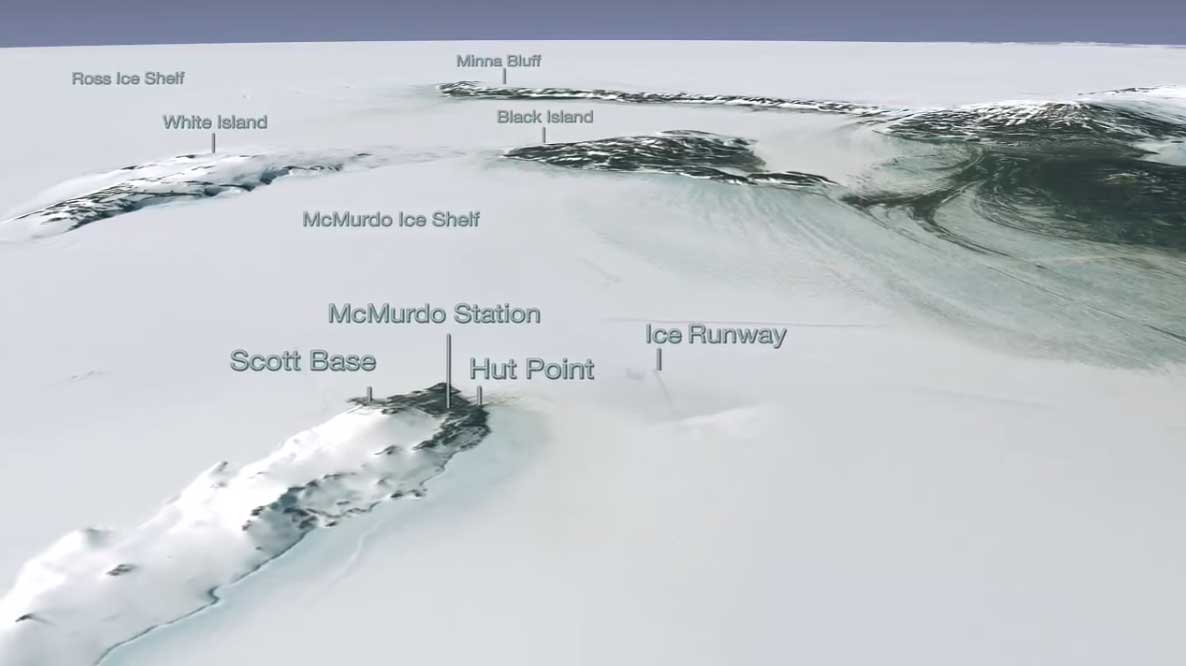 Check out this NASA video, which explains some of the satellite data… can you spot Mt Erebus and the Dry Valleys in the video?

The satellite imagery can be used to spot activity on the volcano. 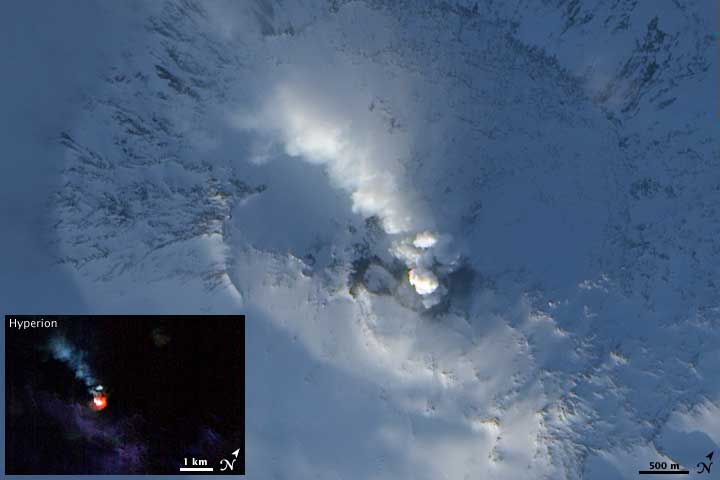 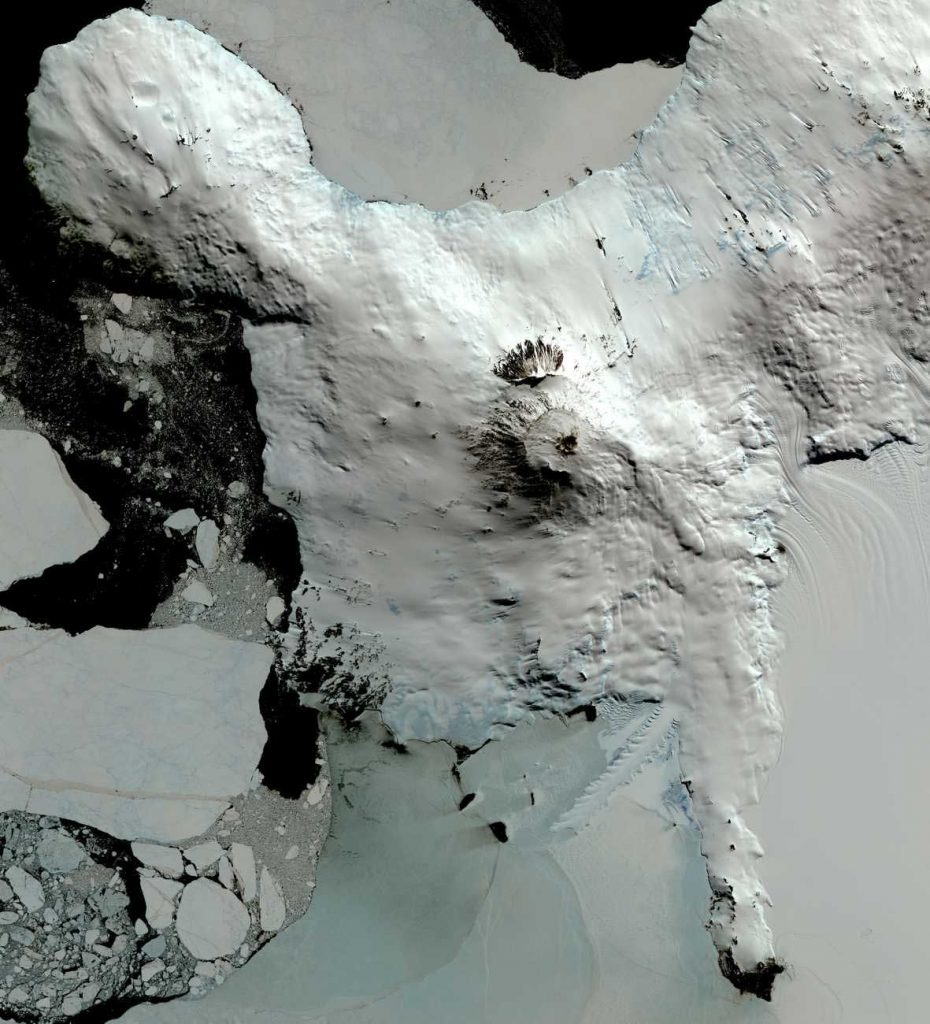 Mt Erebus from space using the Hyperion spectrometer to record the heat given off from the lava lake, and a view of the volcano with the Advanced Spaceborne Thermal Emission and Reflection data from the Terra satellite. Image Credit: NASA 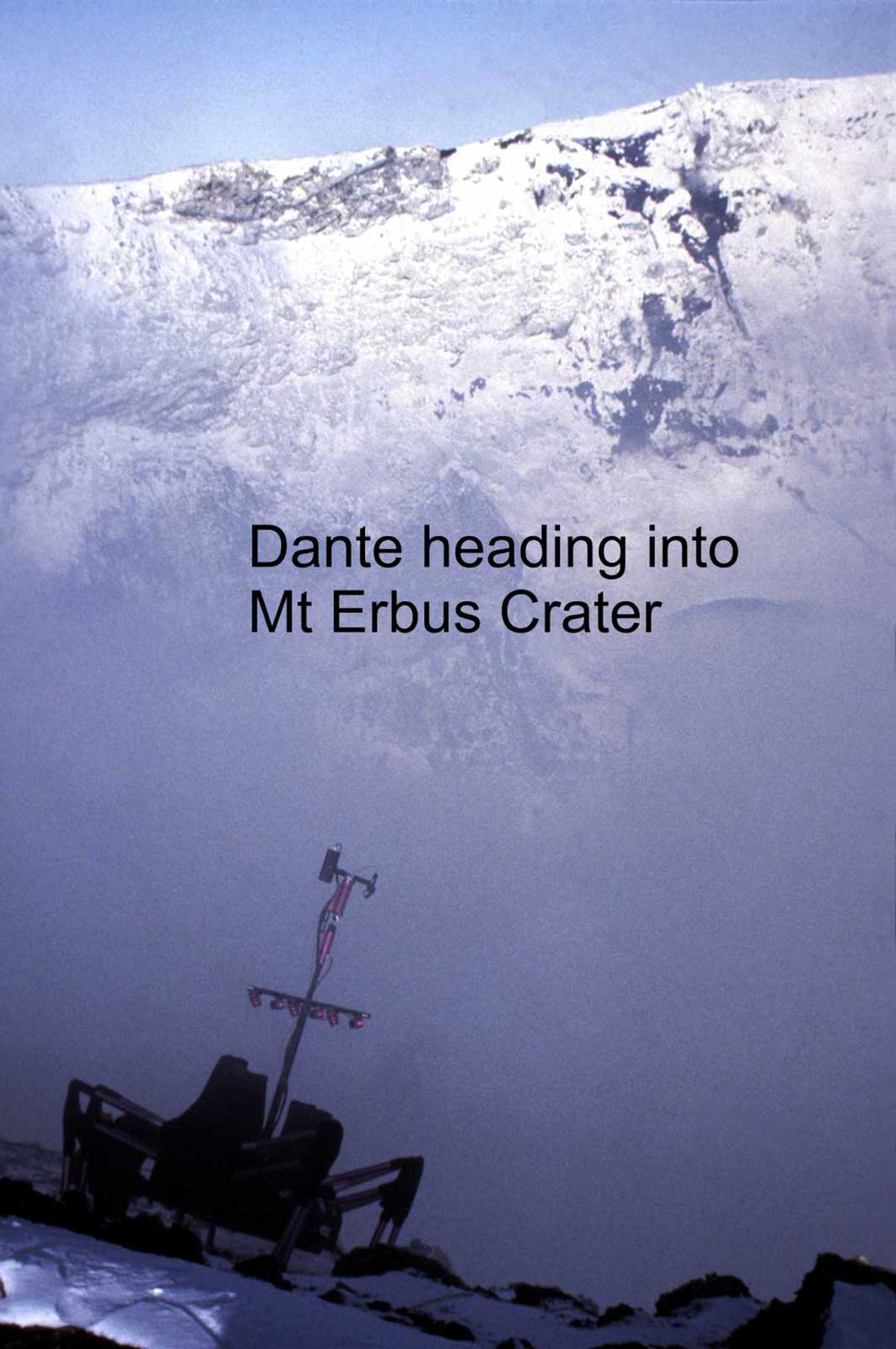 Dante is a tethered walking robot, which means it is run using a long cable. Dante was designed so it was capable of climbing steep slopes. In 1992, a team from Carnegie Mellon University created it and sent it down the crater on Mt Erebus as the first robot exploration of the volcano.

Another robot called Dante II, also developed by Carnegie Mellon University, was used in 1994 to explore the Mt. Spurr volcano in Alaska. It was used to take high-temperature gas samples from the fumaroles on the crater floor

Dr Volcano told Tanno and Iguda about a trip he took to the Dry Valleys in Antarctica. He went to look at an ancient volcanic system that was active in Antarctica some 180 million years ago. 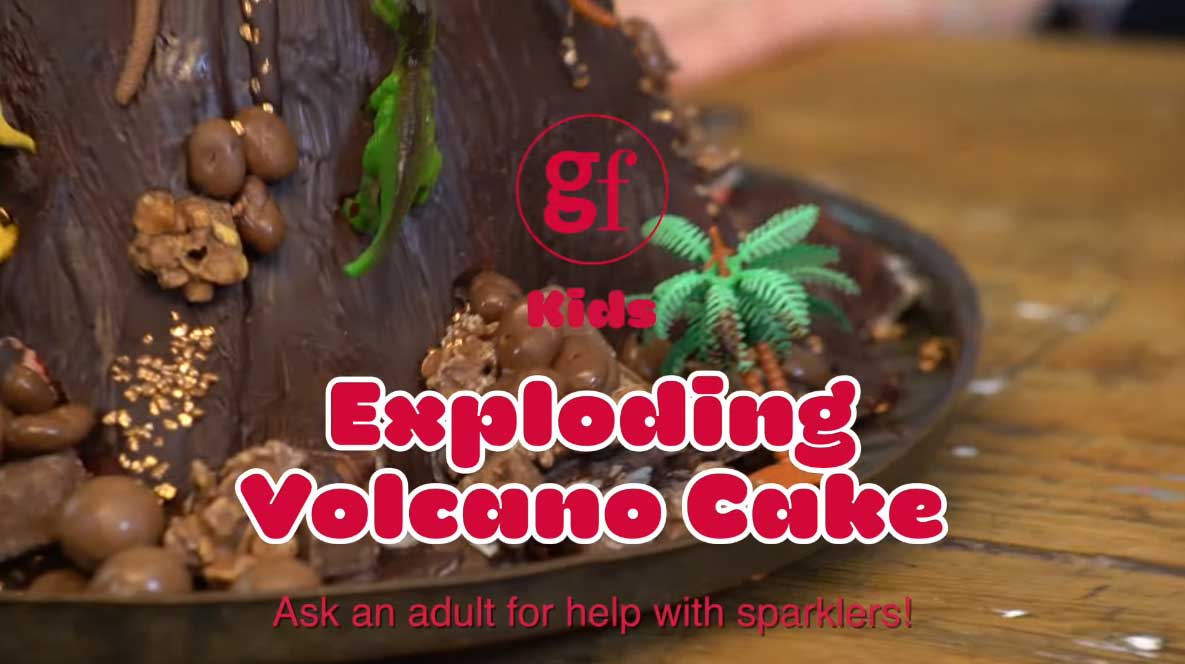 Make yourself a volcano cake!!

Tanno and Iguda have made themselves some volcano cake to take on their expedition. Why don’t you make a cool (or should I say HOT) volcano cake? If you are clever you can even make it erupt…

You can make a number of different styles of cake that look like volcanoes. The key is to use a mix of ingredients to make up the layers that we see within a volcano, and to be able to decorate the outside as a volcanic mountain. If you are making an erupting volcano you need to make sure what you use to make it erupt is edible as well. Get an adult to help you. This cool video from the BBC good food guide will give you some ideas on how you can make a great erupting volcano cake!